Two Ohio Supreme Court candidates stood out to us as the better options for voters when they head to the polls next moth: 8th District Court of Appeals Judge Melody Stewart and Cuyahoga County Common Pleas Court Judge Michael Donnelly.

Both are Democrats, have considerable experience on the bench and are well-regarded by lawyers around the state.

Stewart is running for the seat vacated by the court’s lone Democrat, former Justice William O’Neill, who resigned in January to run governor.

After O’Neill’s departure, Ohio Gov. John Kasich appointed then-7th District Court of Appeals Judge Mary DeGenaro, a Republican, to replace him. She had served on the appeals court for 17 years, and she had been planning to run for the seat even before Kasich selected her to fill out the remaining months of O’Neill’s term.

Stewart has sat on the 8th District Court of Appeals since 2006. She previously served as a professor at several law schools and worked as an assistant law director for the cities of Cleveland and East Cleveland.

Stewart, who is black told us she would bring much-needed diversity to the all-white high court, both in terms of experience and perspective.

“We’re a very diverse state, and there’s no diversity on that court,” Stewart said.

All of the judicial candidates told us they would put the law above politics, which is an admirable commitment, but on the Supreme Court, more so than on lower courts, it’s impossible to ignore a candidate’s political party.

We recognize that not all judges of a political party would vote in lockstep, but there is certainly a danger in having one party control all of the seats of any elected body, especially the state Supreme Court, where the most important legal disputes in Ohio are decided.

Without O’Neill, the Ohio Supreme Court has included only Republicans.

DeGenaro said she came from an appeals district dominated by Democrats, but didn’t spend her career writing dissents. Instead, she said, she followed the law.

We were troubled, however, when DeGenaro told us she decided not to pursue an earlier run for the Supreme Court because a Republican vetting committee favored another candidate. Her decision to sit out that race was an indication of a willingness to defer to her party on certain issues. Even if that wouldn’t translate into her decisions on the bench, it’s still a concern.

The other race, for the seat now held by departing Justice Terrence O’Donnell, pits Donnelly against 5th District Court of Appeals Judge Craig Baldwin, a Republican. We believe Donnelly is the better candidate.

Donnelly has been a Cuyahoga County Common Pleas judge since 2005, including years spent sitting on the specialized Mental Health and Developmental Disabilities Court. Prior to taking the bench, he served as an assistant prosecutor in Cuyahoga County and worked as a civil lawyer.

Donnelly impressed us not only with his legal acumen, but also his dedication to ensuring court proceedings are open and accessible to the public. For instance, he told us he holds most of his criminal pretrials on the record in open court, a rarity.

Baldwin has served on the 5th District Court of Appeals since 2013, and before that he was a Domestic Relations Court judge in Licking County from 2005 through 2013. He also served on Newark City Council from 1997 through 2001.

All of the candidates running for the Ohio Supreme Court this year come highly recommended by the Ohio State Bar Association.

Stewart received the highest total rating, 29 out of 30 points. Her opponent, DeGenaro, got a score of 27.

Donnelly received a score of 26, while Baldwin’s rating was 25.

DeGenaro and Baldwin would make fine justices, but they represent more of what the Supreme Court already has, and weren’t rated as highly by their peers as their opponents were.

For both the diversity of thought and experience they would bring, as well as their higher bar association ratings, we believe Stewart and Donnelly would make the Supreme Court stronger and more representative.

Voters should vote for the pair on Election Day. 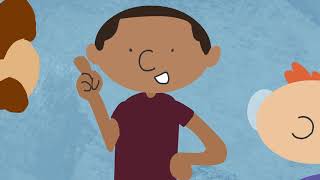